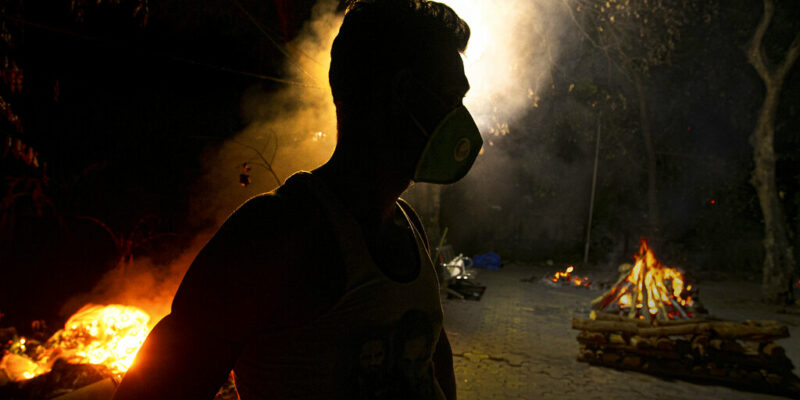 FILE - In this Sept. 14, 2020, file photo, Ramananda Sarkar, 43, who has cremated more than 450 COVID-19 victims stands by burning funeral pyres of COVID-19 victims in Gauhati, India. India's excess deaths during the pandemic could be a staggering 10 times the official COVID-19 toll, likely making it modern India's worst human tragedy, according to the most comprehensive research yet on the ravages of the virus in the south Asian country. (AP Photo/Anupam Nath, File)

(AP) — The most comprehensive research yet estimates India’s excess deaths during the coronavirus pandemic were a staggering 10 times the official COVID-19 toll. Most experts believe India’s official toll of 414,000 dead was a vast undercount, but the government has dismissed those concerns as exaggerated.

A report released Tuesday estimates excess deaths to be 3.4 million to 4.7 million since the pandemic began through last month. It calculated its figures by comparing deaths to those in pre-pandemic years, considering the virus prevalence in the population and using an existing economic survey.

The report also estimated that India’s initial virus surge last year killed many more people than reported, breeding complacency that set up conditions for the horrific surge earlier this year.