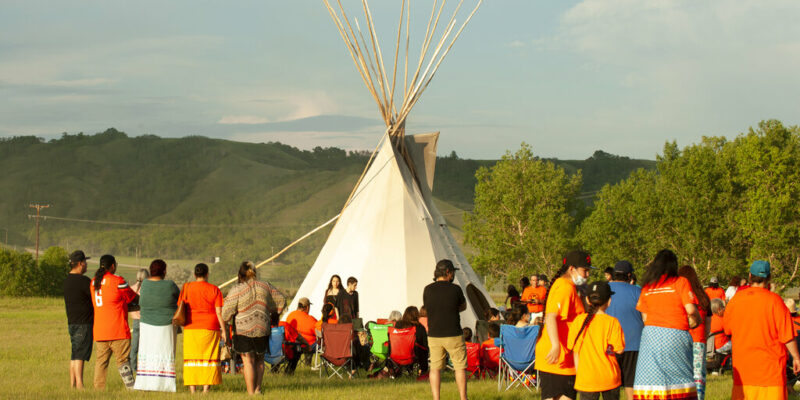 A vigil takes place where ground-penetrating radar recorded hits of what are believed to be 751 unmarked graves near the grounds of the former Marieval Indian Residential School on the Cowessess First Nation, Saskatchewan, Saturday, June 26, 2021. (Mark Taylor/The Canadian Press via AP)

(AP) — A First Nations group in British Columbia says a search using ground-penetrating radar has found 182 human remains in unmarked graves at a site close to a former residential school that housed Indigenous children taken from their families. It follows two other reports of similar massive findings at two other such church-run schools, one of more than 600 unmarked graves and another of 215 bodies.

In a news release, the Lower Kootenay Band said it began using the technology last year to search a site near Cranbrook near the former St. Eugene’s Mission School, which was operated by the Catholic Church from 1912 until the early 1970s.