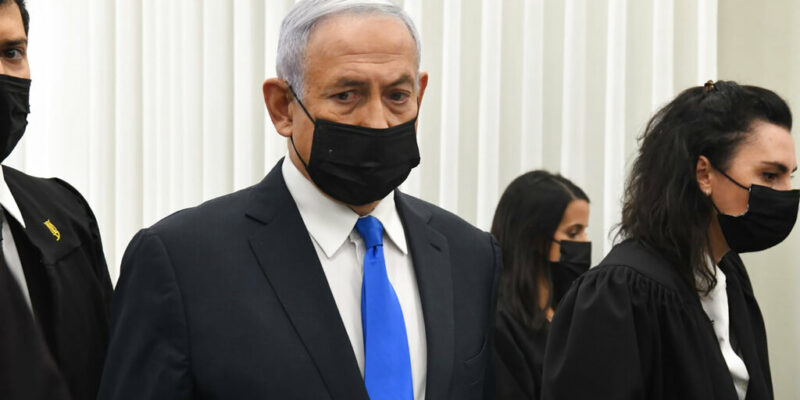 Israeli Prime Minister Benjamin Netanyahu stands at a hearing at the district court in Jerusalem, Monday, Feb. 8, 2021. Netanyahu appeared in a Jerusalem courtroom Monday to respond formally to corruption charges just weeks before national elections in which he hopes to extend his 12-year rule. (AP Photo/Reuven Castro, Pool)

In a Jerusalem court today, he entered his plea on one charge of bribery and three charges of fraud and breach of trust.

Netanyahu is the first Israeli prime minister to be indicted in office. He’s accused of accepting improper gifts and trying to grant regulatory favors with high-level media executives in exchange for positive news coverage. He could be forced to appear in court several times per week while he campaigns for elections scheduled more March 23rd. 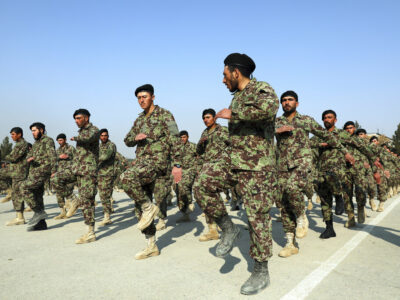 At Pivotal Moment In Afghanistan War, Biden Weighs A Dilemma 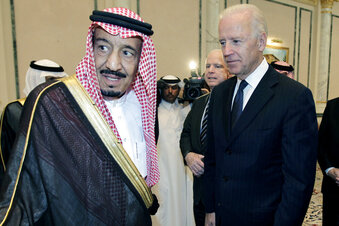 Ties With Saudis At Stake As US Releases Findings On Killing 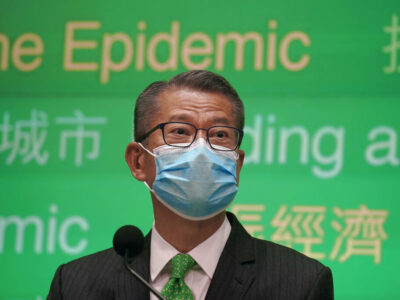 Hong Kong To Spend $15.4B To Stabilize Virus-Ravaged Economy 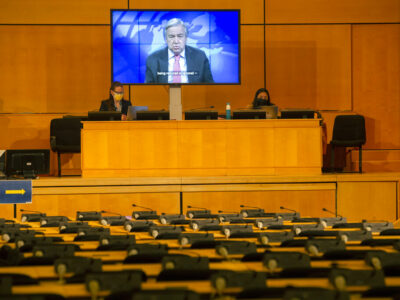 US To Seek Seat On UN Human Rights Body, After Trump Pullout