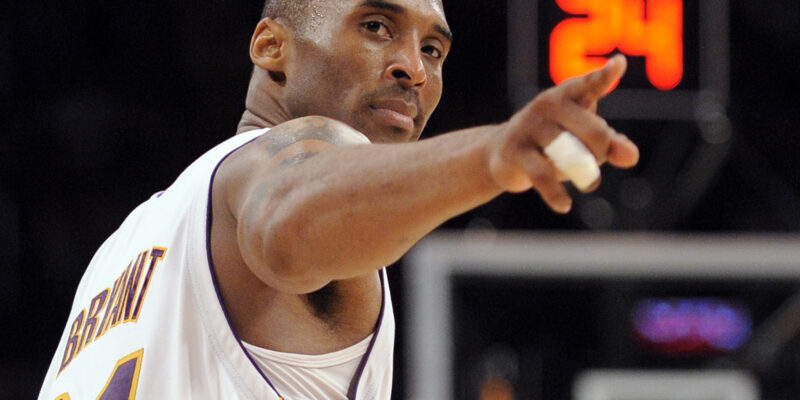 FILE - In this June 7, 2009, file photo, Los Angeles Lakers guard Kobe Bryant (24) points to a player behind him after making a basket in the closing seconds against the Orlando Magic in Game 2 of the NBA basketball finals, in Los Angeles. Kobe Bryant, Tim Duncan and Kevin Garnett. Each was an NBA champion, an MVP, an Olympic gold medalist, annual locks for All-Star and All-Defensive teams. And now, the ultimate honor comes their way: On Saturday night, May 15, 2021, in Uncasville, Connecticut, they all officially become members of the Naismith Memorial Basketball Hall of Fame. (AP Photo/Mark J. Terrill, File)

(AP) — Vanessa Bryant got a private tour to see some of the newly remodeled Naismith Memorial Basketball Hall of Fame on Friday, viewing the exhibit that will honor the life and legacy of her late husband before the rest of the world gets their first look. By the Hall’s description, it’s an exhibit like none other. Fitting, for a special Hall of Fame enshrinement class. Kobe Bryant, Tim Duncan and Kevin Garnett officially become members of the Basketball Hall of Fame on Saturday night, the headline event of a three-day celebration of the game. They were rivals for the better part of two decades, three of the faces of the league throughout a critical period of growth for the league. There is some symmetry in how they’ll enter the Hall together.

The Unwitting Are The Target Of COVID-19 Falsehoods Online