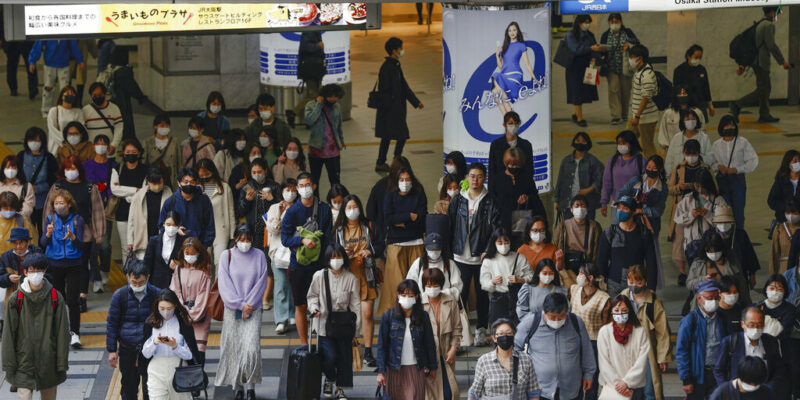 People wear face masks as they make their way in Osaka, western Japan Wednesday, March 31, 2021. Japan is set to designate Osaka and two other prefectures for new virus control steps Thursday as infections in those areas rise less than four months before the Tokyo Olympics. (Kyodo News via AP)

(AP) — Japan has designated Osaka and two other areas for new virus control steps as infections in those areas rise less than four months before the Tokyo Olympics. Osaka, neighboring Hyogo and Miyagi in the north have had sharp increases in daily cases since early March, soon after Japan scaled down its partial and non-binding state of emergency that began in January. Japan lifted the state of emergency in the Tokyo area on March 21, fully ending the measures aimed at slowing the coronavirus and relieving pressure on medical systems treating COVID-19 patients. Experts have raised concerns about Osaka’s rapid spike and the burden on its medical systems.

IRS: COVID Unemployment Tax Break Will Start In May