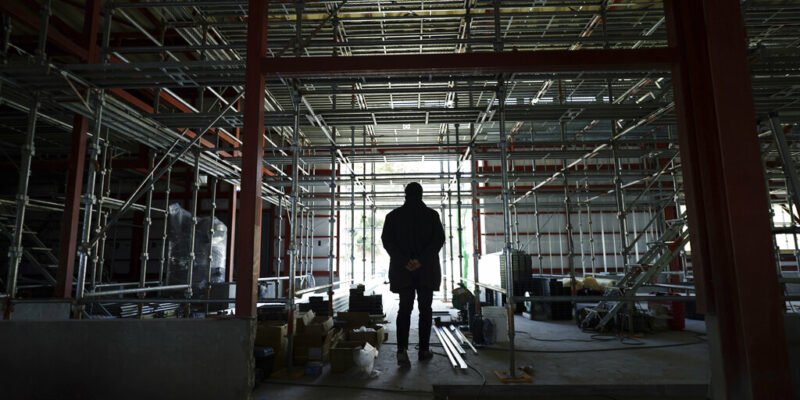 Michihiro Kono, president of Yagisawa Shoten Co., stands at a his factory under construction Friday, March 5, 2021, in Rikuzentakata, Iwate Prefecture, northern Japan. Just a month after a tsunami as high as 17 meters (55 feet) smashed into the city of Rikuzentakata, soy sauce maker Kono inherited his family's two-century-old business from his father. Later this year the ninth generation owner of Yagisawa Shoten Co. will open a new factory on the same ground where his family started making soy sauce in 1807. (AP Photo/Eugene Hoshiko)

(AP) — Ten years after Japan’s earthquake, tsunami and nuclear disaster, the lives of many who survived are still on hold. One man learned to dive in order to look for his wife’s remains. A soy sauce maker rebuilt his family business — but lost his customer base. A rice farmer refused to leave even as dozens of neighboring homes remain empty. On March 11, 2011, one of the biggest temblors on record touched off a massive tsunami, killing more than 18,000 people and setting off catastrophic meltdowns at the Fukushima Daiichi nuclear plant. Nearly half a million people were displaced. Tens of thousands still haven’t returned home, and many are struggling to rebuild.