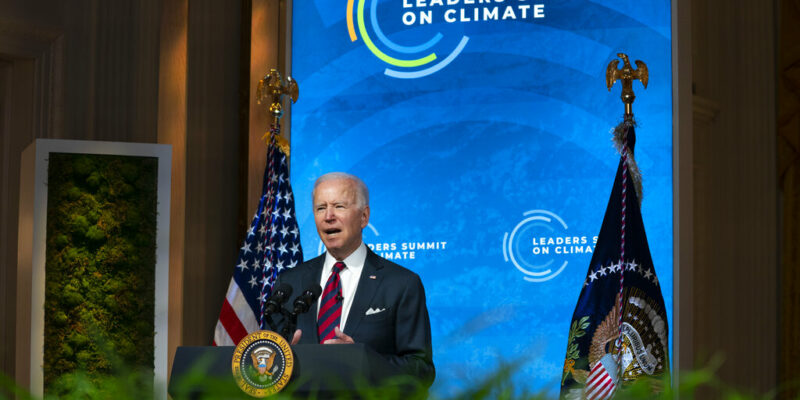 President Joe Biden speaks to the virtual Leaders Summit on Climate, from the East Room of the White House, Thursday, April 22, 2021, in Washington. (AP Photo/Evan Vucci)

(AP) — The White House is bringing out the billionaires, the CEOs and the union leaders to help sell President Joe Biden’s climate-friendly transformation of the U.S. economy. Friday’s closing day of his virtual summit on climate change is to feature Bill Gates and Mike Bloomberg, steelworker and electrical union officials and CEOs for solar and other renewable energy. It’s all for an argument U.S. officials say will make or break Biden’s climate agenda among voters: Pouring trillions of dollars into clean-energy technology, research and infrastructure will jet-pack the U.S. economy into the future and create jobs, while saving the planet.