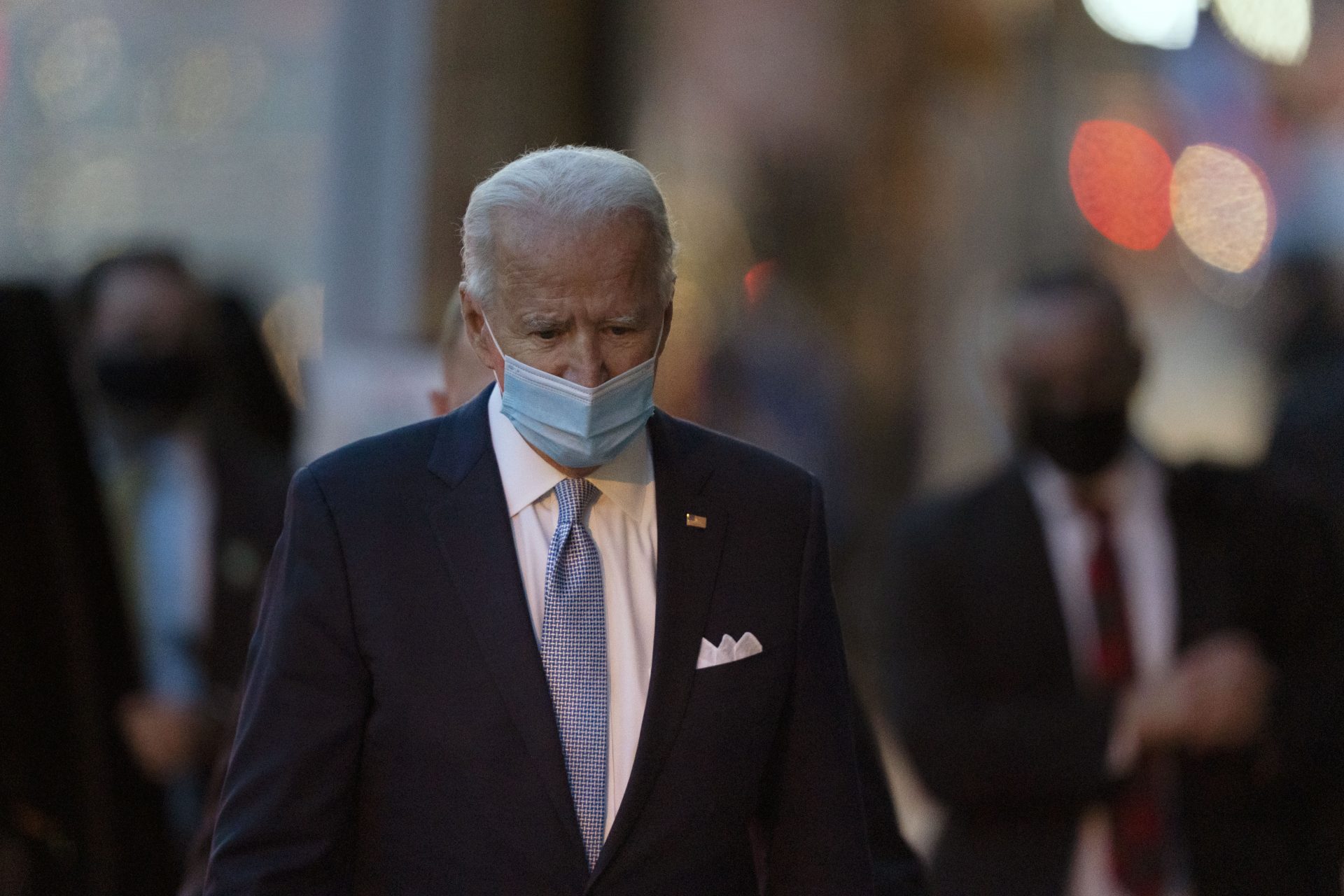 President-elect Joe Biden walks to speak to the media as he leaves The Queen theater, Tuesday, Nov. 24, 2020, in Wilmington, Del. (AP Photo/Carolyn Kaster)