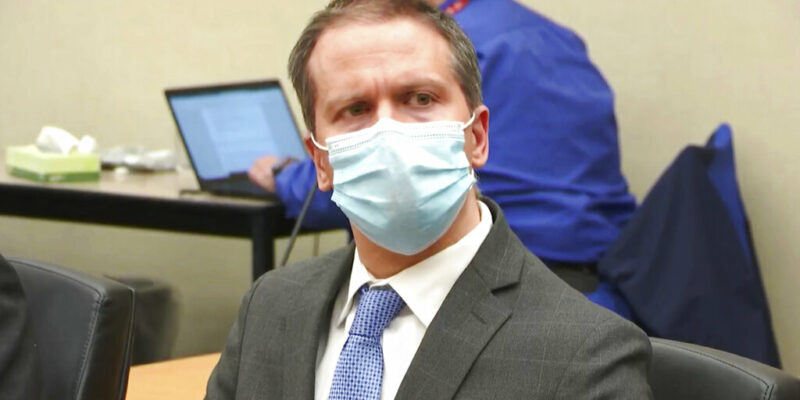 In this image from video, defendant, former Minneapolis police Officer Derek Chauvin, listens to verdicts at his trial for the 2020 death of George Floyd, Tuesday, April 20, 2021, at the Hennepin County Courthouse in Minneapolis, Minn. (Court TV via AP, Pool)

Former Minneapolis Police officer Derek Chauvin will receive his sentence for the death of George Floyd on June 16th. Judge Peter Cahill announced the date after a jury found Chauvin guilty on all charges earlier this week.

Minnesota law dictates he can only be sentenced on the most serious charge, which is second-degree murder. That charge carries a maximum sentence of 40 years, but experts believe he will get much less.