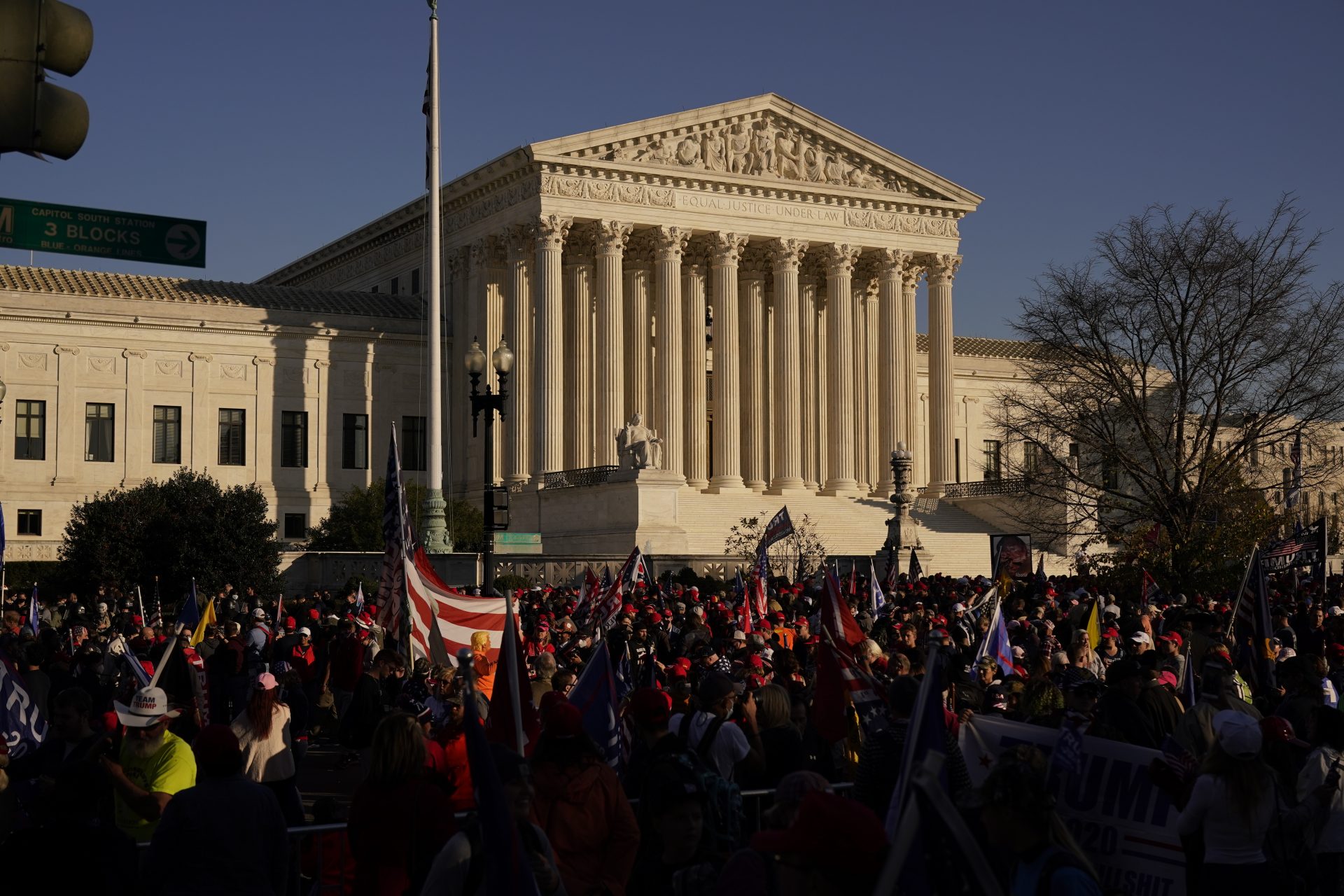 FILE - In this Nov. 14., 2020, file photo supporters of President Donald Trump attend pro-Trump marches outside the Supreme Court Building in Washington. The Supreme Court is hearing arguments over whether the Trump administration can exclude people in the country illegally from the count used for divvying up congressional seats. (AP Photo/Jacquelyn Martin, File)

WASHINGTON (AP) — The Supreme Court has ordered a lower federal court to reexamine California restrictions on indoor religious services in areas hard hit by the coronavirus in light of the justices’ recent ruling in favor of churches and synagogues in New York. The high court’s unsigned order Thursday, with no noted dissent, leaves the California restrictions in place for now. But it throws out a federal district court ruling that rejected a challenge to the limits from Pasadena-based Harvest Rock Church and Harvest International Ministry, which has more than 160 churches across the state. Last week, the Supreme Court split 5-4 in holding that New York could not enforce certain limits on attendance at churches and synagogues.