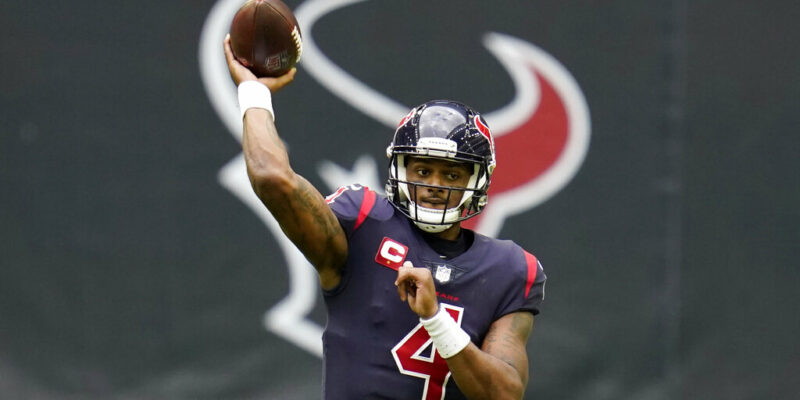 FILE - In this Dec. 27, 2020, file photo, Houston Texans quarterback Deshaun Watson throws a pass during an NFL football game against the Cincinnati Bengals in Houston. On Friday, April 9, 2021, a judge has ordered that the name of one of the 22 women who have filed lawsuits accusing Watson of sexual assault and harassment must be made public. (AP Photo/Matt Patterson, File)

The 22 civil lawsuits against Houston Texans quarterback Deshaun Watson are now consolidated. The combined cases will go before one judge for pre-trial discovery.

Since last month, nearly two-dozen masseuses have accused Watson of sexual misconduct. Their attorney, Tony Buzbee, filed all the lawsuits under the name “Jane Doe.”

Buzbee released the names of two of the plaintiffs last week, and a judge ordered him to release the rest. Now that the cases are consolidated, Buzbee will likely need to release all the plaintiffs’ names.