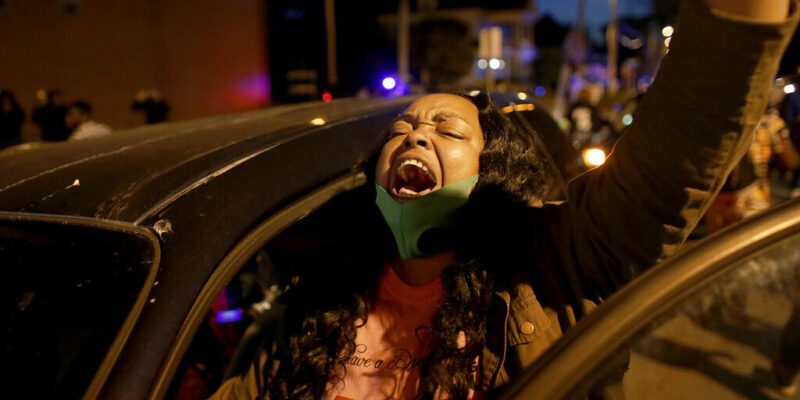 A demonstrator yells from her car as protesters took to the streets in Elizabeth City, N.C., on Monday, April 26, 2021, to protest the killing of Andrew Brown by police and to demand the full body camera footage be released. (Stephen M. Katz/The Virginian-Pilot via AP)

(AP) — Attorneys for the family of a Black man shot and killed by deputies in North Carolina say an independent autopsy shows that he was shot five times, including in the back of the head.

Attorney Wayne Kendall said Tuesday that an independent pathologist hired by Andrew Brown Jr.’s family examined his body. The doctor noted four wounds to the right arm and one to the head, Kendall said during a news conference.

In Fight Against Virus, Biden Looks For Path Back To Normal