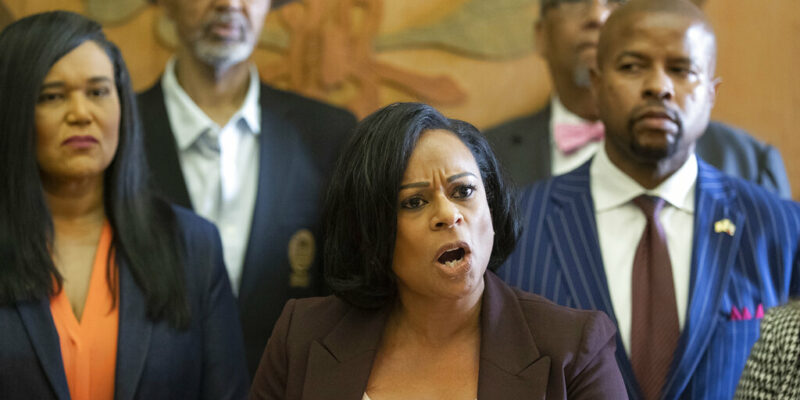 State Rep. Nicole Collier, D- Fort Worth, the chair of the Legislative Black Caucus, speaks at a news conference at the Capitol on Sunday May 30, 2021, against Senate Bill 7, known as the Election Integrity Protection Act. (Jay Janner/Austin American-Statesman via AP)

(AP) — A dramatic late-night walkout in the Texas Capitol that blocked sweeping new voting restrictions is giving Democrats a boost of morale after months of racking up losses in GOP-controlled statehouses around the country.

The Texas Legislature officially adjourned Monday hours after Democrats walked off the floor of the House chamber to deny a vote on a sweeping bill that would shorten polling hours and scale back polling places.

Republican Gov. Greg Abbott was expected to sign the bill and says he’ll call a special session to finish the job. The meltdown of the Texas bill was a rare victory for Democrats in a year that has seen more than a dozen states enact new laws tightening voting restrictions.

WHO Director Calling For Pandemic Treaty