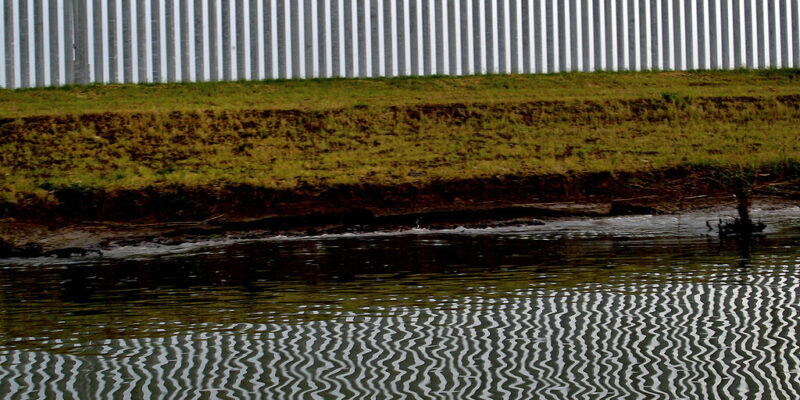 FILE - The reflection of a private border wall is seen on the glassy waters of the Rio Grande on Monday, April 5, 2021 in Mission, Texas. South Texas officials say they are worried about flooding during the hurricane season starting June 1 from breaches in a levee system that remain after border wall construction was halted. (Delcia Lopez/The Monitor via AP, file)

Bulldozers are operating across southern Hidalgo County as federal contractors begin the work to repair the flood control levees. Local and federal officials announced Tuesday that the repair work got underway this week amid warnings of catastrophic flooding if the Valley was the target of a hurricane this season.

Officials say they’ve been assured that the most critical repairs will be completed by the start of hurricane season June 1st.