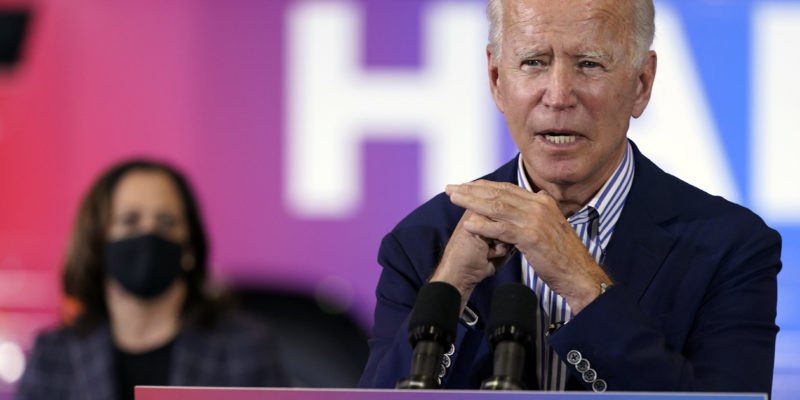 (AP) — A Maryland man has been charged with making death threats against Democratic presidential candidate Joe Biden and running mate U.S. Sen. Kamala Harris in a letter left on the doorstep of a neighbor who had yard signs supporting the candidates. A U.S. Secret Service agent says 42-year-old James Dale Reed told investigators that he was “upset at the political situation” when he wrote the threatening letter. Reed was in state custody when a criminal complaint was filed against him Wednesday in federal court. The neighbor told investigators that he didn’t know the Frederick man but had several yard signs supporting Biden and Harris.

Pandemic Relief Talks Inch Ahead, But McConnell Is Resistant