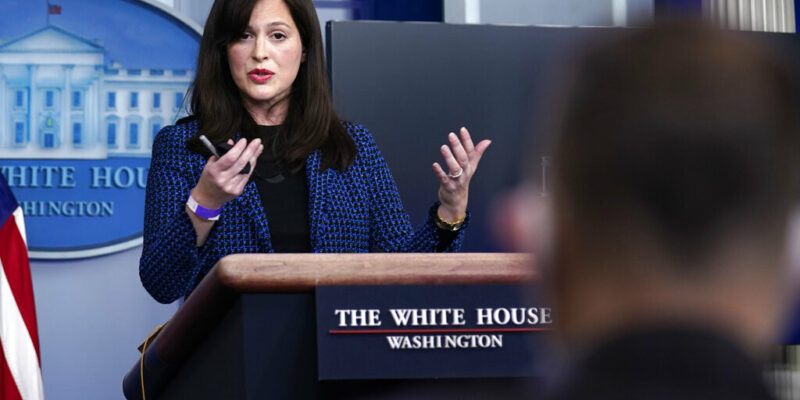 White House deputy national security adviser Anne Neuberger speaks during a press briefing, Wednesday, Feb. 17, 2021, in Washington. (AP Photo/Evan Vucci)
(AP) — U.S. officials are scrambling to reinforce the nation’s cyber defenses following a sweeping hack that may have exposed government and corporate secrets to Russia. The breach involving hijacked software from Texas-based SolarWinds Inc. has exposed the limitations of the Cybersecurity and Infrastructure Agency. That’s prompted the Biden administration and members of Congress to call for changes at the agency and more money. The administration proposed adding more than 30% to its budget and expects to propose additional measures in an upcoming executive order. The breach was discovered in early December by the private security firm FireEye, a cause of concern for some officials.