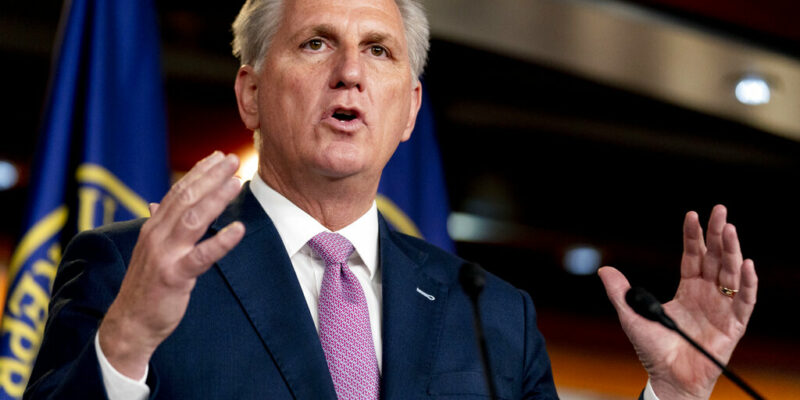 Last week, the Georgia Congresswoman talked about House Speaker Nancy Pelosi’s mask policy while comparing it to how Jews were treated by the Nazis. In her comments, she mentioned gold stars and gas chambers.

McCarthy says her words were “appalling” and noted the increased threats against Jews. McCarthy also said, “the House Republican Conference condemns this language.”