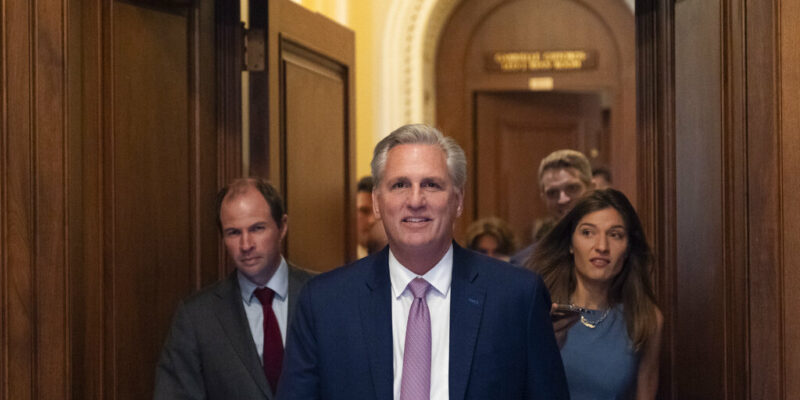 House Minority Leader Kevin McCarthy of Calif., center, leaves the floor after the House voted to create a select committee to investigate the Jan. 6 insurrection, at the Capitol in Washington, Wednesday, June 30, 2021. (AP Photo/Alex Brandon)

(AP) — A top House GOP aide says House Minority Leader Kevin McCarthy has threatened to strip Republicans of committee assignments if they accept an appointment from House Speaker Nancy Pelosi to join the new select panel investigating the Jan. 6 Capitol riot. McCarthy is a California Republican, and his warning underscores GOP leaders’ opposition to the new committee. The House created the committee Wednesday on a near party-line vote. Republicans say the new panel will be dominated by Democrats and will produce a partisan report. The House created the panel after the GOP had scuttled an earlier Democratic attempt to form a bipartisan commission.