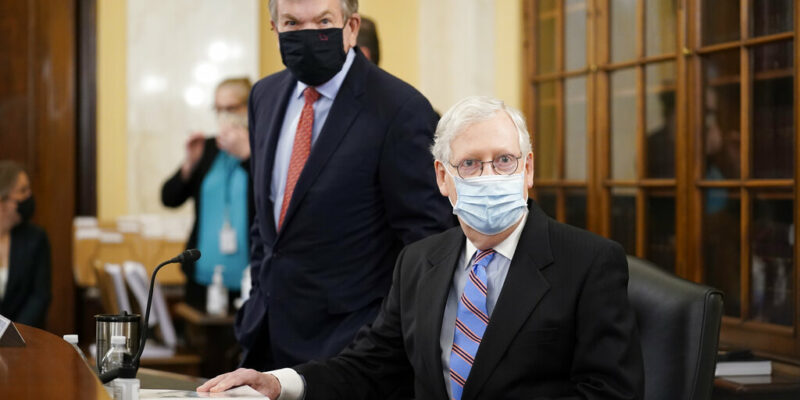 (AP) — Republicans are launching an all-out assault on a sweeping voting rights bill from Democrats. They plan to force dozens of politically difficult votes during Tuesday’s Senate Rules panel hearing that is spotlighting the national debate over access to the ballot.

The bill would bring about the largest overhaul of U.S. elections in a generation. Democrats say the changes are more important now as Republican-controlled states impose new voting restrictions.

Senate Republican Leader Mitch McConnell is calling the bill a “partisan power grab.” Republicans oppose public financing for congressional campaigns and an overhaul of the federal agency that polices elections.

Mexico Says 2 Leading Candidates In State Race To Be Charged