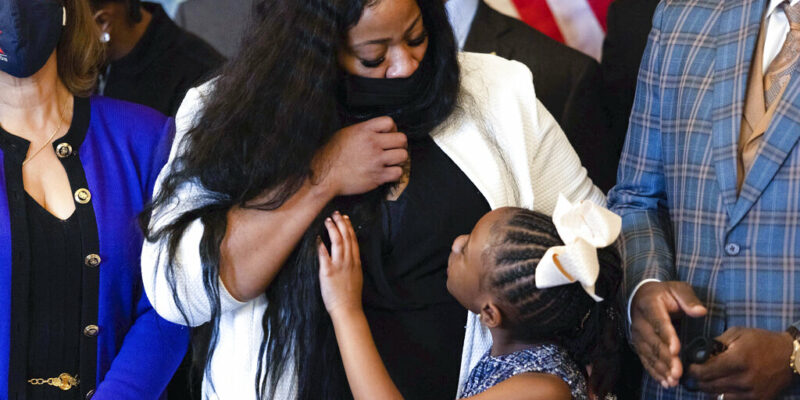 Gianna Floyd, the daughter of George Floyd, looks up at her mother Roxie Washington, as she and members of the Floyd family meet with House Speaker Nancy Pelosi of Calif., Rep. Karen Bass, D-Calif., in the Rayburn Room of the U.S. Capitol in Washington, Tuesday, May 25, 2021. (Graeme Jennings/Pool via AP)

Members of George Floyd’s family are thanking President Biden and Vice President Harris for meeting with them in the Oval Office. The private meeting marked the one-year anniversary of Floyd’s death.

George Floyd was an unarmed Black man who died while in police custody in Minneapolis. Speaking outside the White House, family attorney Ben Crump said the President expressed an interest in signing a sweeping police reform bill as soon as possible. Floyd’s nephew Brandon Williams said the President wants it to be the “right bill.”