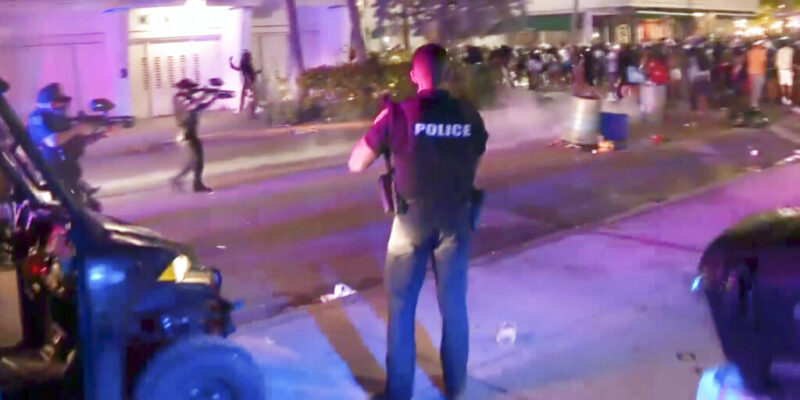 In this image taken from video, SWAT officers in bulletproof vests disperse pepper spray balls on Saturday evening, March 20, 2021, to break up rowdy, spring break crowds that descended on Miami's South Beach by the thousands, trashing restaurants and flooding the streets without masks or social distancing despite COVID-19 restrictions. After days of partying and confrontations between police and large crowds, Miami Beach officials have ordered an emergency curfew. (WPLG via AP)

Spring breakers be warned. Florida isn’t messing around when it comes to rowdy crowds. Police arrested a thousand people over the weekend in Miami Beach, most of them from out of state.

Officers used pepper balls and sound cannons to enforce an 8 p.m. curfew. But Black leaders say they went too far, claiming unnecessary force. The city wants to keep control of the partying, so the curfew has been extended to April 12th.