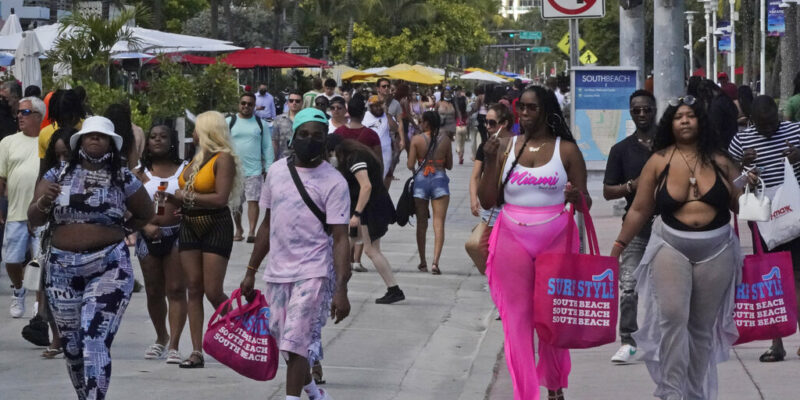 People in a mostly maskless crowd walk down Ocean Drive in Miami Beach, Florida's famed South Beach, Monday, March 22, 2021. A party-ending curfew is in effect in Miami Beach, imposed after fights, gunfire, property destruction and dangerous stampedes broke out among huge crowds of people. The curfew could extend through the end of spring break. (AP Photo/Wilfredo Lee)

(AP) — Florida’s famed South Beach is desperately seeking a new image. Amid another out-of-control spring break, officials say it may be time to change the hip neighborhood’s vibe as a law-breaking, party-all-night oasis. On Saturday, officials enacted an 8 p.m. curfew after street parties devolved into fights, stampedes and destruction of property. Some city officials said they should have taken more stringent measures earlier instead of reacting in the middle of the chaos. Tourists, meanwhile, say the curfew has put a huge damper on the vacations they had been looking forward to and for which they paid good money.

US: AstraZeneca May Have Used Outdated Info In Vaccine Trial