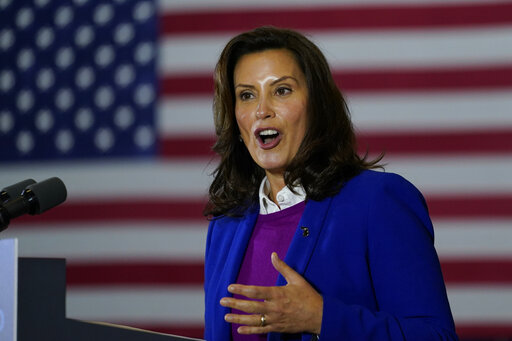 Whitmer told NBC’s “Meet the Press” Sunday that it’s “incredibly disturbing” coming about a week after authorities said they thwarted alleged plots to kidnap the Democratic governor and storm the state Capitol. Fourteen people have been charged.

Trump appeared at a rally in Muskegon on Saturday evening. He urged supporters to push Whitmer to reopen the state following coronavirus restrictions. When the crowd starting chanting “lock her up” Trump added, “Lock ’em all up.”

El Paso Sees Largest Number In Hospitals Due To COVID-19