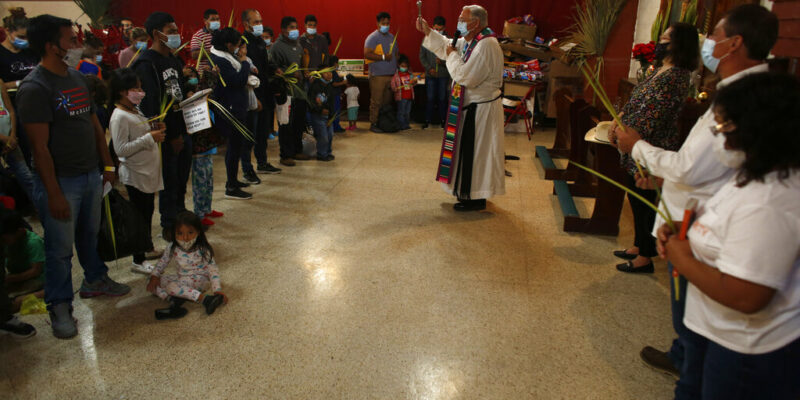 Migrants attend Mass at Our Lady of Guadalupe Catholic Church in McAllen, Texas, on Palm Sunday, March 28, 2021. U.S. authorities are releasing migrant families at the border without notices to appear in immigration court and sometimes, without any paperwork at all. Customs and Border Protection, which oversees the Border Patrol, said it stopped issuing court notices in some cases because preparing even one of the documents often takes hours. Migrants undergo background checks and are tested for COVID-19. (AP Photo/Dario Lopez-Mills)

(AP) — Overwhelmed and underprepared, U.S. authorities are releasing migrant families on the Mexican border without notices to appear in immigration court or sometimes without any paperwork at all.

U.S. immigration authorities say court notices often take hours to prepare and describe the move as a way to save time. The rapid releases ease pressure on the Border Patrol and its badly overcrowded holding facilities but shift work to Immigration and Customs and Enforcement, which enforces immigration laws within the United States. Migrants are now being told to report to ICE within 60 days.