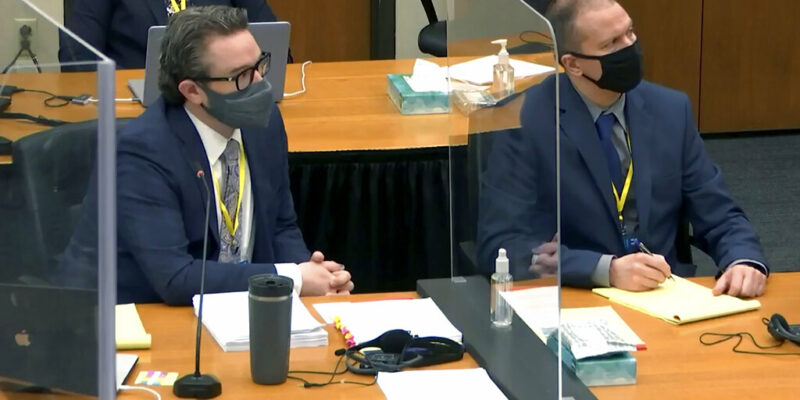 In this image taken from video, defense attorney Eric Nelson, left, and defendant, former Minneapolis police officer Derek Chauvin, right, listen to Hennepin County Judge Peter Cahill during pretrial motions, prior to continuing jury selection in the trial of Chauvin, Thursday, March 11, 2021, at the Hennepin County Courthouse in Minneapolis, Minn. Chauvin is accused in the May 25, 2020, death of George Floyd. (Court TV/Pool via Pool)

(AP) — The city of Minneapolis has agreed to pay $27 million to settle a civil lawsuit from George Floyd’s family over the Black man’s death in police custody.

The settlement was announced Friday as jury selection continued in the trial of Derek Chauvin, a white former officer charged with murder and manslaughter in Floyd’s death. Floyd family attorney Ben Crump planned a lawsuit later in the day.

Floyd was declared dead May 25 after Chauvin pressed his knee against his neck for about nine minutes. Floyd’s family filed the federal civil rights lawsuit in July against the city, Chauvin and three other fired officers charged in his death.

Cuomo Will Not Resign Amid Sexual Harrassment Allegations