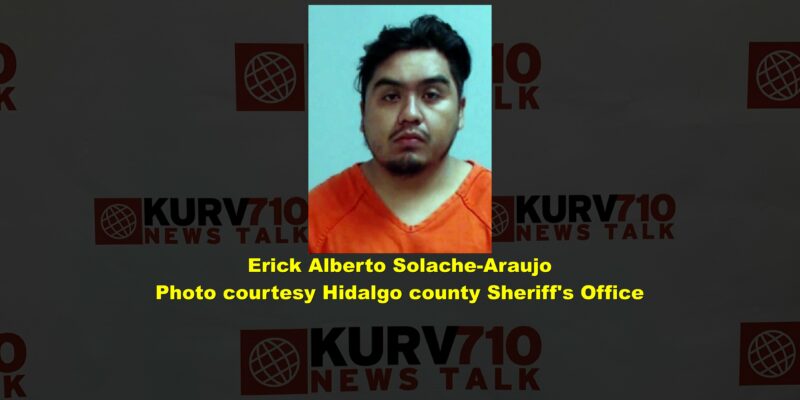 A Mission-area man has been charged with murder for hitting his wife with his car – on purpose, authorities say.

Hidalgo County sheriff’s investigators arrested 27-year-old Erick Alberto Solache-Araujo early Monday morning after he drove his wife to Mission Regional Medical Center, moments after investigators say he ran her over in the middle of an argument north of Palmview. Killed was 24-year-old Karen Alexia Lopez.

Solache-Araujo was arraigned Tuesday on a charge of first-degree murder and ordered jailed on a $2 million bond.