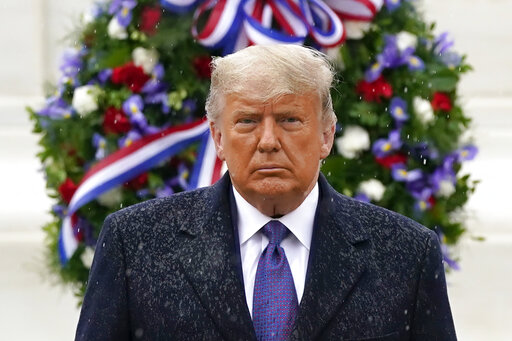 (AP) – President Donald Trump’s campaign has been blasting out emails and text messages to supporters, raising money for an “election defense fund” to contest the outcome of last week’s election. But a close read of the fine print reveals the messages are misleading.

Much of the money has instead paid down Trump’s campaign debt, replenished the Republican National Committee and, more recently, helped get Save America, a new political action committee Trump founded, off the ground.

The unusual way the Trump campaign is divvying up the contributions has drawn scrutiny from election watchdogs, who say Trump and his family could financially benefit from the arrangement.

President Trump Urges Voters To Turn Out In Georgia

More Than 13 Million Americans Have Been Infected By Coronavirus