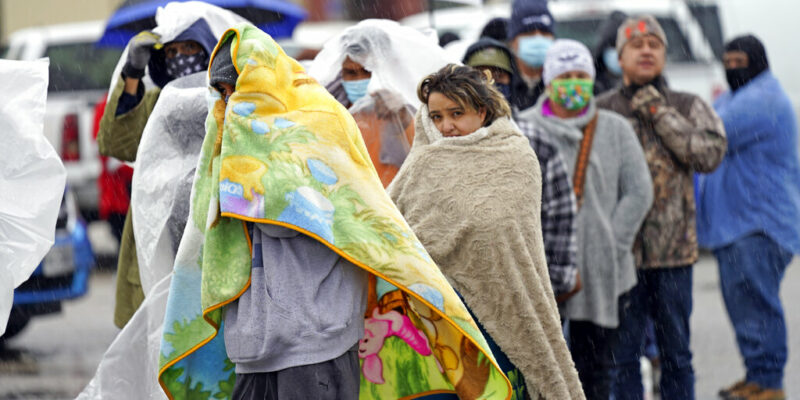 People wait in line to fill propane tanks Wednesday, Feb. 17, 2021, in Houston. Customers waited over an hour in the freezing rain to fill their tanks. Millions in Texas still had no power after a historic snowfall and single-digit temperatures created a surge of demand for electricity to warm up homes unaccustomed to such extreme lows, buckling the state's power grid and causing widespread blackouts. (AP Photo/David J. Phillip)
(AP) — Hundreds of thousands of people in Texas are waking up to a fourth day without power. The power outages in Texas dropped to about 600,000 on Thursday morning, but a water crisis is also unfolding. Texas Gov. Greg Abbott says 7 million people have been ordered to boil their water before consuming it, following days of record low temperatures that damaged infrastructure and froze pipes. Meanwhile, heavy snow and ice are expected Thursday in the Appalachians, northern Maryland and southern Pennsylvania with the wintry weather headed to the Northeast U.S. by Thursday night.