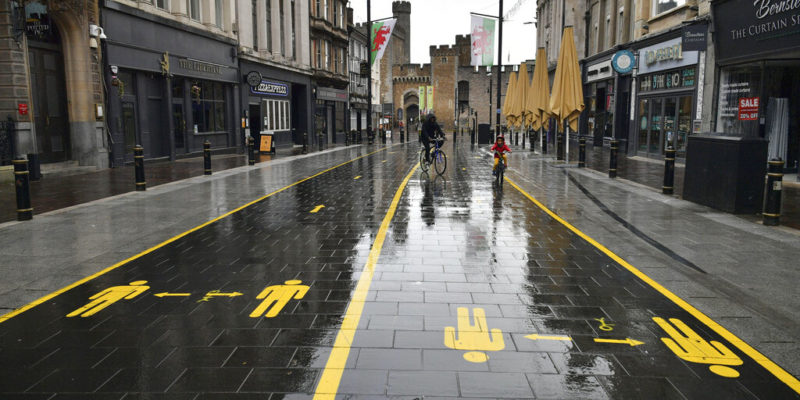 A view of a quiet street in Cardiff, Wales, Sunday, Oct. 25, 2020. The Welsh government have imposed one of the U.K.’s strictest lockdowns, including a ban on non-essential travel. Under rules that took effect Friday evening, Wales also closed most businesses and restricted high schools to online instruction. (Ben Birchall/PA via AP)