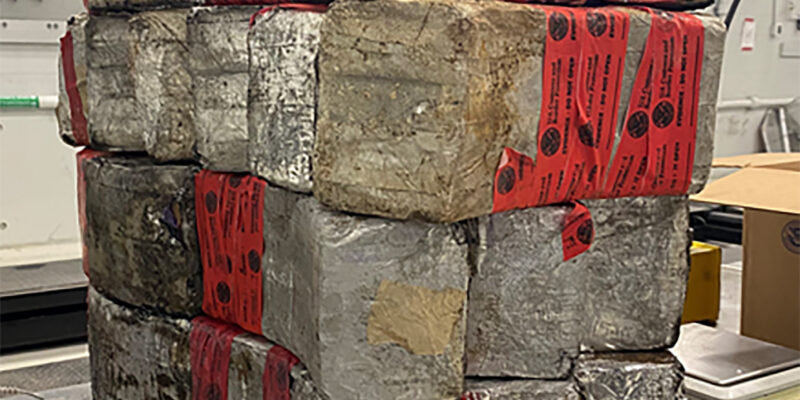 This undated photo provided by the U.S. Customs and Border Protection shows seized drug bundles containing 132 pounds of methamphetamine on display from Feb. 25, 2021, at the Laredo port of entry. The drugs were concealed in a vehicle driven by 23-year-old U.S. citizen traveling from Mexico. Since the start of the coronavirus pandemic, an increasing number of U.S. citizens have been apprehended while they have tried to smuggle illegal drugs at the Southwest border. (U.S. Customs and Border Protection via AP)

(AP) — An increasing number of American citizens have been apprehended as they have tried to smuggle illegal drugs into the U.S. since the start of the coronavirus pandemic. For more than a year, the closure of the U.S.-Mexico border to nonessential traffic has limited the number of foreign citizens entering the U.S. by land. The rules have been extended until at least June 21. But Mexican authorities have allowed most U.S. citizens to walk or drive south across the border with relative ease. Law enforcement officials and drug trafficking experts say the border rules and their lopsided enforcement are driving the rise in U.S. citizens involved in borderland drug busts.