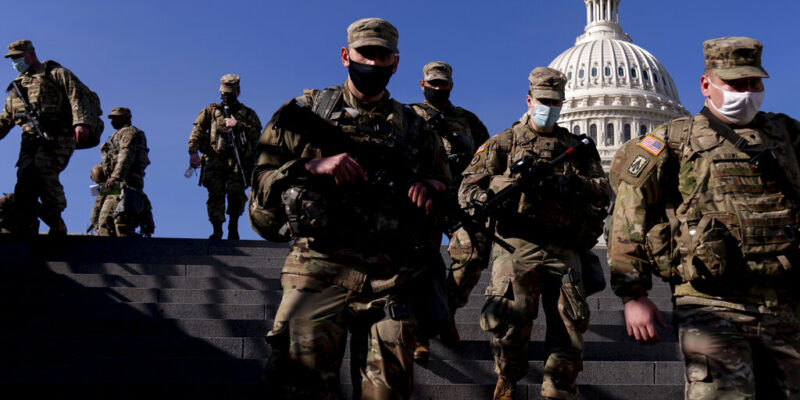 Members of the National Guard walk past the Dome of the Capitol Building on Capitol Hill in Washington, Thursday, Jan. 14, 2021. (AP Photo/Andrew Harnik)

(AP) — U.S. officials say the number of National Guard troops coming to Washington by Inauguration Day has grown to 26,000. Some will be armed.

The FBI has warned that armed protests by violent supporters of outgoing President Donald Trump are being planned in all 50 state capitals and in Washington in the days leading up to the inauguration of President-elect Joe Biden. Between the pandemic and the security threat, D.C. Mayor Muriel Bowser is flat-out asking people not to come to the city for the inauguration.