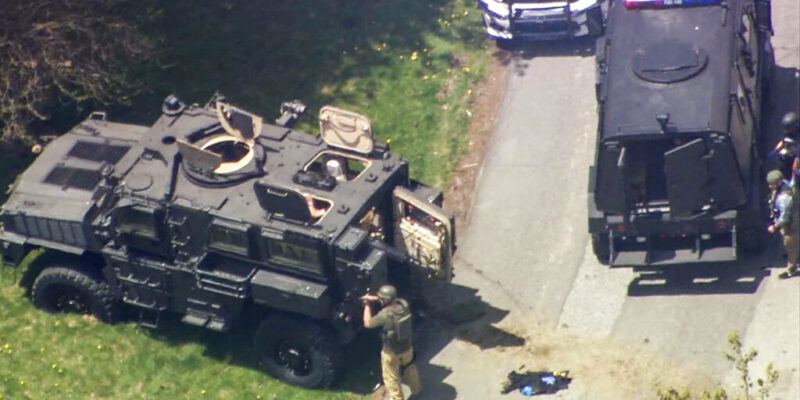 In this image taken from video Wednesday, April 28, 2021, law enforcement work the scene of a fatal shooting outside a home in Boone N.C. Two deputies were killed and three other people including a suspected gunman were found dead after the lengthy standoff in North Carolina, a sheriff's office said Thursday, April 29. (WSOCTV via AP)

(AP) — Authorities say two North Carolina sheriff’s deputies were killed and three other people including a suspected gunman were found dead after a lengthy standoff.

The Watauga County Sheriff’s deputies were dispatched to the home in the Boone area Wednesday after the homeowner and his family didn’t appear at work or answer telephone calls. Sgt. Chris Ward and K-9 Officer Logan Fox were shot when they entered the home. Ward was extracted from the scene and died at a hospital. Fox died at the scene.