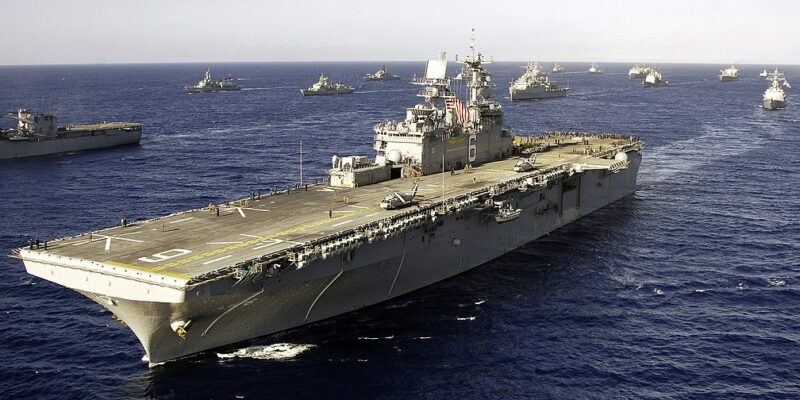 Just a little more than a month-and-a-half after it was decommissioned, the U.S. Navy warship USS Bonhomme Richard is now being scrapped at the Port of Brownsville.

The charred remains of the amphibious assault ship arrived at International Shipbreaking Limited at the end of May. The ship had been docked near San Diego last July when there was an explosion and a massive fire that burned for four days, leaving the ship with extensive electrical, mechanical, and structural damage.

Citing the $2.5 billion cost to repair the massive vessel, the U.S. Navy decommissioned the warship and awarded a $30 million recycling contract to International Shipbreaking.

The Bonhomme Richard was active during Operation Iraqi Freedom, supporting more than 500 combat launches and 800 sorties.