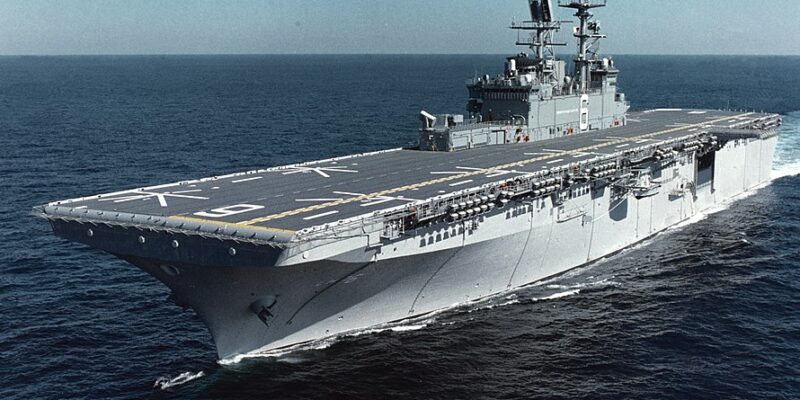 A ship scrapping company at the Port of Brownsville will be receiving the charred remains of the USS Bonhomme Richard. The amphibious assault ship was docked near San Diego when a massive fire broke out on board last July. The blaze burned for four days, leaving the ship with extensive structural, electrical, and mechanical damage.

The U.S.Navy Wednesday decommissioned the warship, noting that it would cost more than $2.5 billion to repair the massive vessel. Dismantling is estimated to cost $30 million. The contract has been awarded to International Shipbreaking Limited at the Port of Brownsville. It’s not clear when the ship will be towed here.