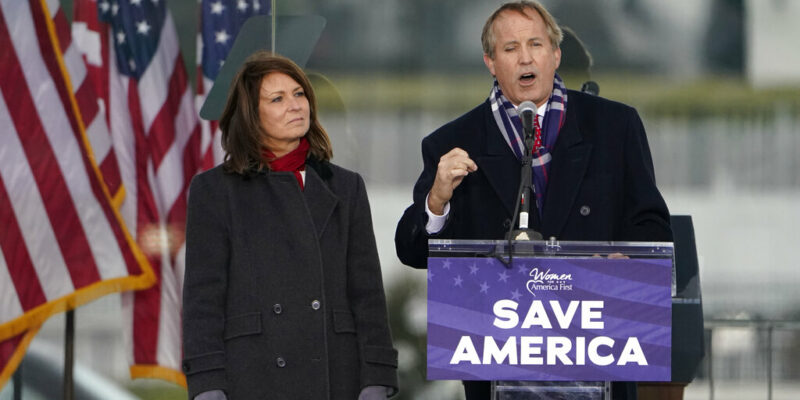 FILE - This Jan. 6, 2021 file photo, Texas Attorney General Ken Paxton speaks in Washington, at a rally in support of President Donald Trump. In December, Paxton filed legal papers attempting to overturn the results of the presidential election based on unfounded claims of election fraud in four states that supported President Donald Trump in 2016 but elected Joe Biden president in 2020. The Republican attorneys general for 17 other states made legal filings supporting his effort, which was rejected by the U.S. Supreme Court. (AP Photo/Jacquelyn Martin, File)

(AP) — A federal investigation against Texas Attorney General Ken Paxton remains in play after his name was absent from a last-minute list of pardons in the waning hours of Donald Trump’s presidency.

The investigation centers on allegations that Paxton committed bribery, abuse of office. Paxton’s top deputies reported him to the FBI in September, accusing him of using his position to help an Austin real estate developer. He has not been charged in federal court so any pardon would have been preemptive. Paxton has broadly denied wrongdoing.