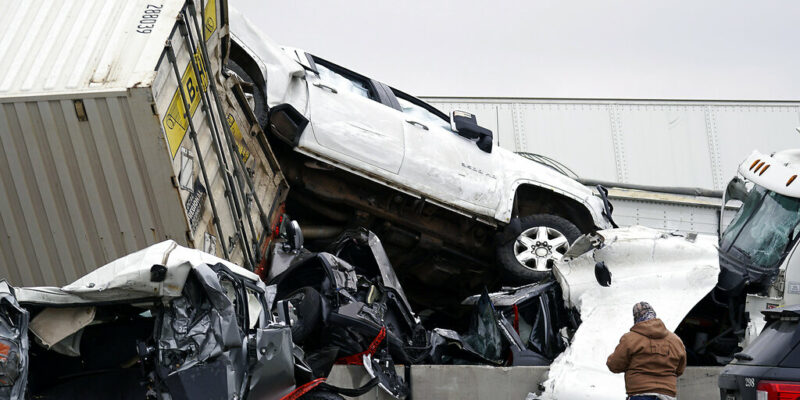 Vehicles are piled up after a fatal crash on Interstate 35 near Fort Worth, Texas on Thursday, Feb. 11, 2021. (Lawrence Jenkins/The Dallas Morning News via AP)

(AP) — The National Transportation Safety Board said Tuesday that it will investigate a massive crash last week involving more than 130 vehicles on an icy Texas highway that killed six people and injured dozens more.

The NTSB said on Twitter that its safety investigation will focus on snow and ice treatment procedures used on Interstate 35-W north of downtown Fort Worth. The Thursday crash involving 133 semitrailers, cars and trucks left a tangle of wreckage with vehicles tossed onto others and drivers trapped.