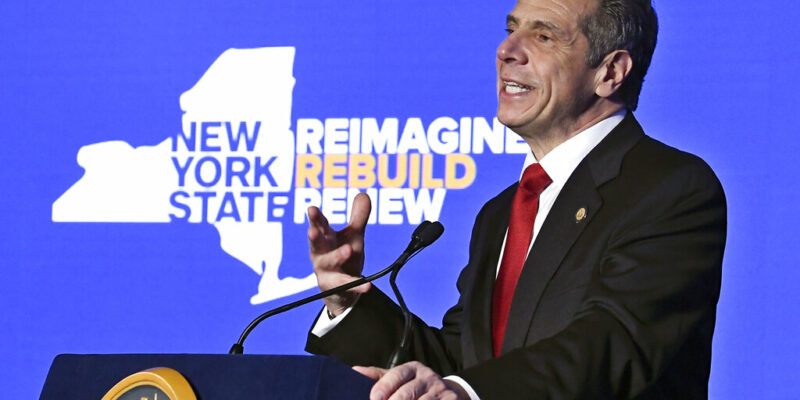 FILE — In this Jan. 11, 2021 file photo, New York Gov. Andrew Cuomo delivers his State of the State address virtually from The War Room at the state Capitol, in Albany, N.Y. New York may have undercounted COVID-19 deaths among nursing home residents by thousands, the state attorney general charged in a report Thursday, Jan. 28, 2021 that dealt a blow to Gov. Andrew Cuomo's oft-repeated claims that his state is doing better than others in protecting its most vulnerable. (AP Photo/Hans Pennink, Pool, File)

The surprise development, after months of the state refusing to divulge the true numbers, showed at least 12,743 long-term care residents died of the virus, far greater than the official tally of 8,505. The release came after a report by state Attorney General Letitia James found the death count could be off by 50% because New York is one of the only states to count just those who died on nursing home grounds.