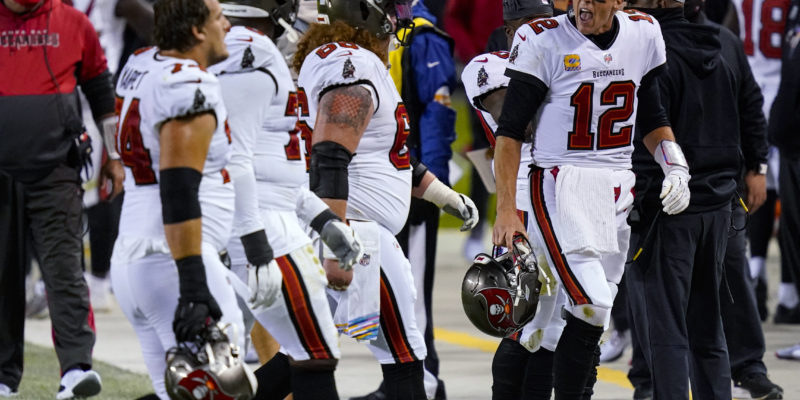 Tampa Bay Buccaneers quarterback Tom Brady (12) yells at members of his offensive line as they walk off the field during the second half of an NFL football game against the Chicago Bears in Chicago, Thursday, Oct. 8, 2020. (AP Photo/Charles Rex Arbogast)

Old man quarterbacks Tom Brady and Aaron Rodgers meet up Sunday as the bays — Tampa and Green — go at it. The Packers have won their past nine regular-season games. They are the first team in NFL history to score at least 150 points and commit no turnovers through the first four games of a season. Tampa is ranked No. 1 against the run, No. 2 overall on defense. The unit has held opponents to less than 50 yards rushing the past three weeks. The 2016 Packers were the last team to do that in four consecutive games.