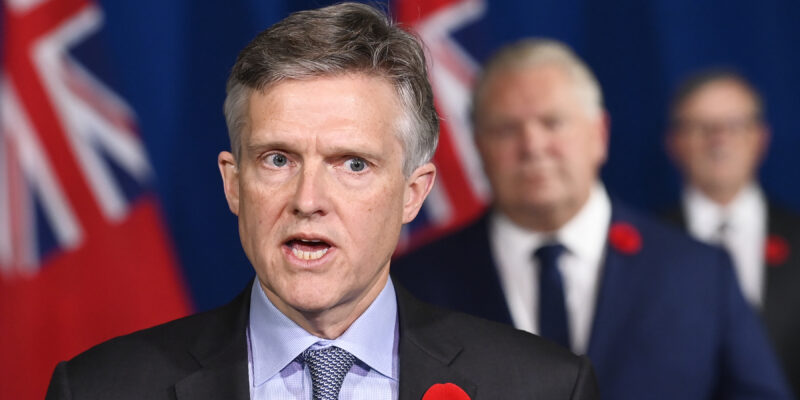 FILE - In this Nov. 3, 2020 file photo, Ontario Finance Minister Rod Phillips speaks at a press conference at Queen's Park during the COVID-19 pandemic in Toronto, Canada. Ontario Premier Doug Ford announced late Dec. 29, 2020, that he ordered Phillips to end a Caribbean vacation, saying he is "extremely disappointed" the official went abroad as the government urged people to avoid nonessential travel because of the pandemic. (Nathan Denette/The Canadian Press via AP, File)

(AP) — The finance minister for Canada’s most populous province has resigned after going on a Caribbean vacation during the pandemic and seemingly trying to hide the fact by sending social media posts showing him in a sweater before a fireplace. Ontario Premier Doug Ford said Thursday he had accepted Rod Phillips’s resignation as minister hours after Phillips returned home from a more than two-week stay on the island of St. Barts. He’d gone on vacation despite government guidelines urging people to avoid nonessential travel. The trip has created a political problem for the premier himself.

US To Move Aircraft Carrier Out Of Mideast Amid Iran Tension