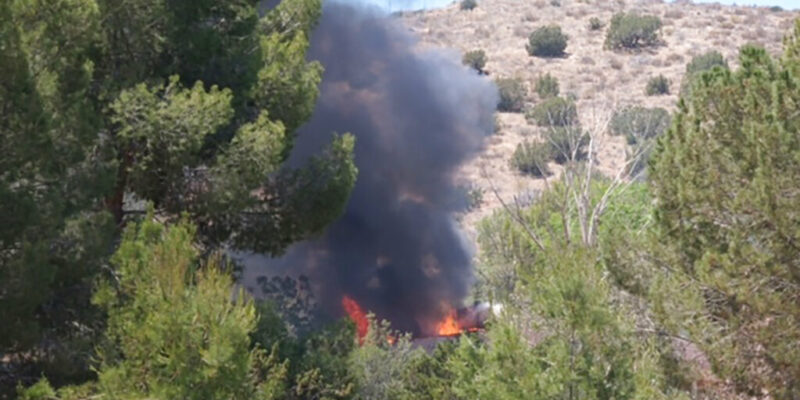 Fire and smoke rise from a home in Acton, Calif. on Tuesday, June 1, 2021. Authorities say there's been a shooting at a Los Angeles County Fire Department station. Fire Department Supervisor Leslie Lua said paramedics responded to reports of gunshots at Fire Station 81, about 45 miles (72 kilometers) north of Los Angeles. The home on fire is about 10 miles (16 kilometers) east of the station, and there's a heavy police presence, but it's unclear if it's connected to the shooting and authorities didn't immediately have more information. (David Crane/The Orange County Register via AP)

(AP) — Multiple media outlets say a shooting at a small Los Angeles County Fire Department station has killed one firefighter and wounded another.

A home near the station is engulfed in flames, and there’s a heavy police presence, but authorities didn’t immediately have more information. Media outlets reported that a body is visible outside the burning home and may be the shooter.