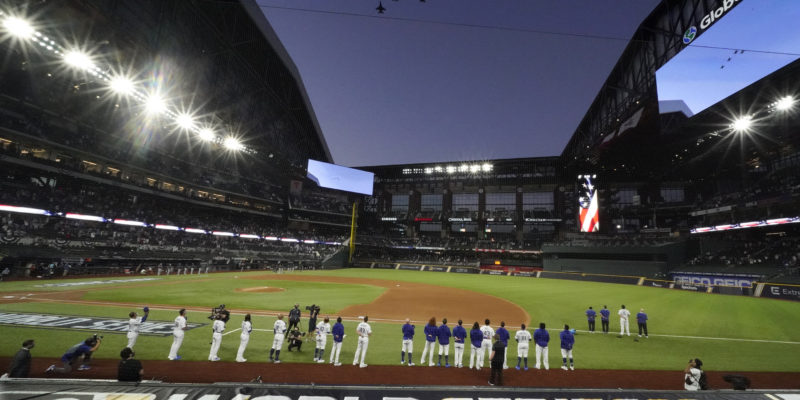 The Los Angeles Dodgers line up during during the national anthem and a fly over before Game 1 of the baseball World Series against the Tampa Bay Rays Tuesday, Oct. 20, 2020, in Arlington, Texas. (AP Photo/Eric Gay)

(AP) — A crowd of 11,388 attended the World Series opener between the Los Angeles Dodgers and Tampa Bay Rays, the lowest count in a Fall Classic since Game 6 in 1909. They spread in groups of up to four, mostly in alternate rows and none directly behind each other among the forest green seats. Major League Baseball made about 28% available of the 40,518 capacity at the new retractable-roof stadium of the Texas Rangers. World Series games are usually festive. This one had a surreal feel caused by the coronavirus pandemic.

Trump Tends To His Electoral Map, Biden Prepping For Debate