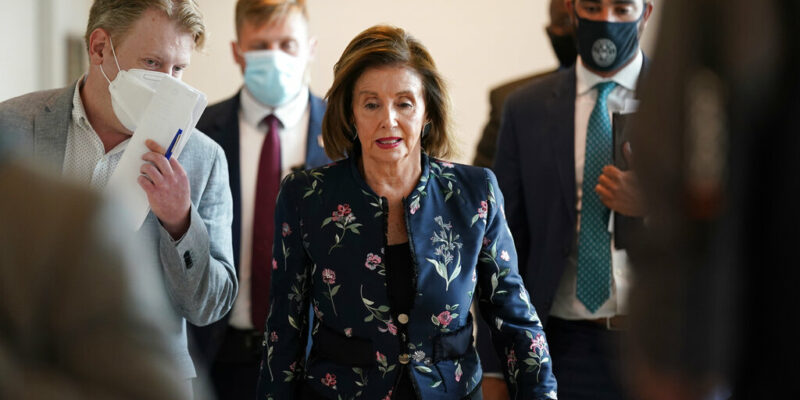 Speaker of the House Nancy Pelosi, D-Calif., arrives to meet with reporters at the Capitol in Washington, Thursday, July 22, 2021. Pelosi discussed her reasons for rejecting two Republicans chosen by House GOP leader Kevin McCarthy to be on the committee investigating the Jan. 6 Capitol insurrection. (AP Photo/J. Scott Applewhite)

(AP) — House Speaker Nancy Pelosi says a committee investigating the Jan. 6 Capitol insurrection “will do the job it set out to do” after Republicans vowed to boycott the probe.

House GOP Leader Kevin McCarthy said on Wednesday that Republicans won’t participate after Pelosi rejected two of the Republicans he chose to sit on the panel.

Pelosi made clear on Thursday that she won’t change her mind, It is unclear whether Pelosi will try and appoint other members to the panel, as she has the authority to do under committee rules. She left open the possibility that she would do that.