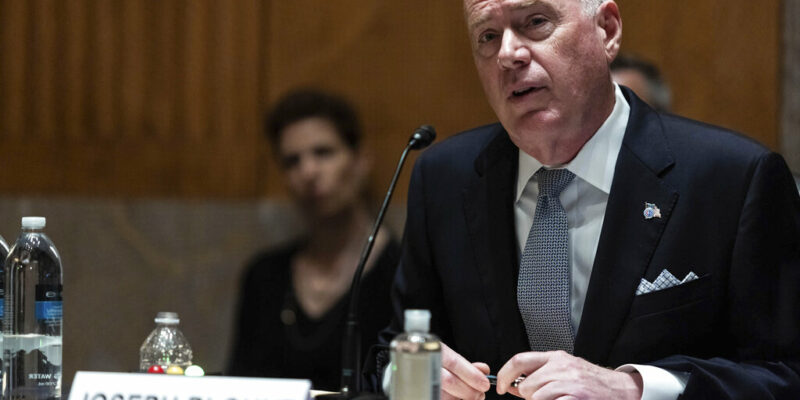 Colonial Pipeline CEO Joseph Blount testifies during a Senate Homeland Security and Government Affairs Committee hearing one day after the Justice Department revealed it had recovered the majority of the $4.4 million ransom payment the company made in hopes of getting its system back online, Tuesday, June 8, 2021, on Capitol Hill, in Washington. (Graeme Jennings/Pool via AP)

(AP) — A pipeline company CEO made no apologies Tuesday for his decisions to abruptly halt fuel distribution for much of the East Coast and pay millions to a criminal gang in Russia.

This, as he faced down one of the most disruptive ransomware attacks in U.S. history. Colonial Pipeline CEO Joseph Blount says he had no choice, telling members of a Senate committee uneasy with his actions that he feared far worse consequences given the uncertainty the company was confronting in the early hours of the attack last month.

His testimony to the Senate Homeland Security Committee on the May 7 cyberattack provided a rare window into the dilemma faced by the private sector amid a storm of ransomware attacks.