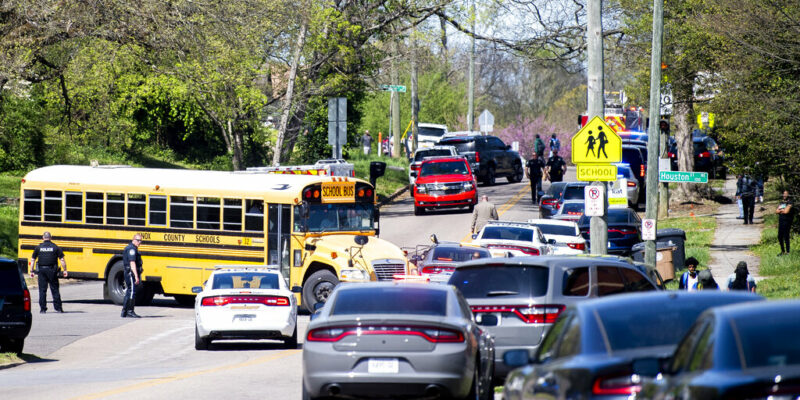 Police work in the area of Austin-East Magnet High School after a reported shooting Monday, April 12, 2021. Authorities say multiple people including a police officer have been shot at the school. (Brianna Paciorka/Knoxville News Sentinel via AP)

(AP)–Authorities say police faced gunfire as they responded to reports of a possible gunman at a Tennessee high school, leaving one person dead and an officer wounded.

Police say no one else was killed or wounded Monday at Austin-East Magnet High School in Knoxville and that a male was detained. Knoxville police posted on Facebook that they responded to the school, and when they encountered a male with a gun, shots were fired.

The Knoxville mayor told WATE-TV that she spoke with the wounded officer and that he was conscious and in good spirits.

US Recommends ‘Pause’ For J&J Vaccine Over Clot Reports