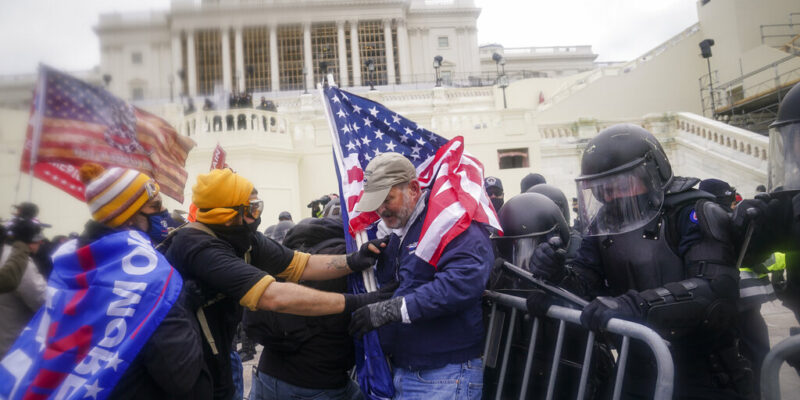 FILE - In this Jan. 6, 2021, file photo rioters try to break through a police barrier at the Capitol in Washington. (AP Photo/John Minchillo, File)

(AP) — Interviews with members of the U.S. Capitol Police who were overrun by pro-Trump rioters on Jan. 6 show just how quickly the command structure collapsed as a throng of people, egged on by President Donald Trump, set upon the Capitol.

The officers who spoke to The Associated Press said they were given next to no warning by leadership on the morning of Jan. 6 about what would become a growing force of thousands of rioters, many better armed than the officers themselves were. And once the riot began, they were given no instructions by the department’s top leaders on how to stop the rioters or rescue lawmakers who had barricaded themselves inside.