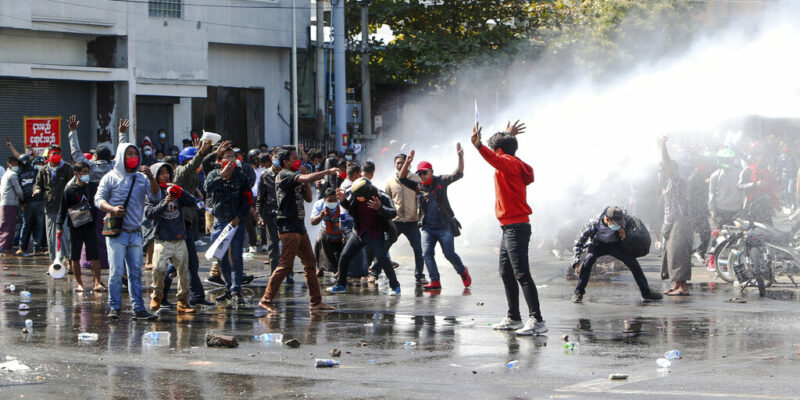 Police use water cannon to disperse demonstrators during a protest in Mandalay, Myanmar, Tuesday, Feb. 9, 2021. Police were cracking down on the demonstrators against Myanmar’s military takeover who took to the streets in defiance of new protest bans. (AP Photo)

(AP) — Police are cracking down on demonstrators opposing Myanmar’s military coup, firing warning shots and shooting water cannons to disperse crowds that have taken to the streets in defiance of rules making protests illegal. Water cannons were used Tuesday in Mandalay, where witnesses said at least two warning shots were fired to try to break up the crowd. Reports on social media said police arrested more than two dozen people there. They also used water cannons in the capital, Natpyitaw, for a second day and fired shots into the air. The protesters are demanding that power be restored to the deposed civilian government and are seeking freedom for the nation’s elected leader Aung San Suu Kyi and other ruling party members.