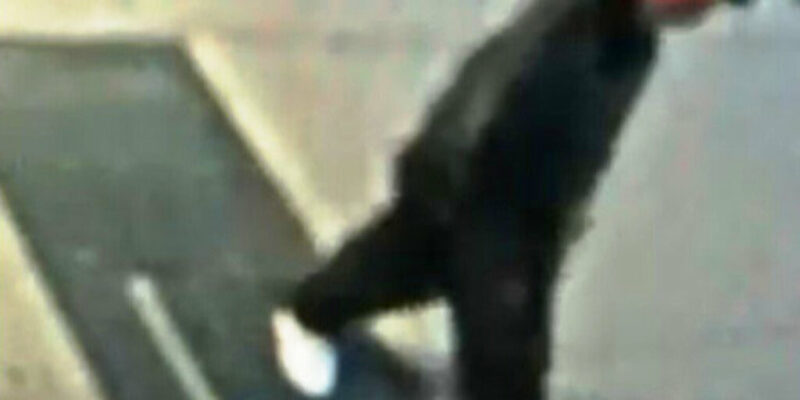 This Friday, April 23, 2021 image from surveillance video made available by the New York City Police Department shows an unidentified individual police who are seeking after a 61-year-old Asian man was attacked in the East Harlem neighborhood of New York. (NYPD via AP)

(AP) — Police say a 61-year-old Chinese American man was attacked by a man who kicked him repeatedly in the head in East Harlem.

The man was collecting cans when he was attacked from behind, knocked to the ground and kicked in the head shortly after 8 p.m. Friday. He was taken to Harlem Hospital in critical but stable condition. Surveillance video released by the police appears to show the attacker stomping on the victim’s head.

The police department’s hate crimes task force is investigating the attack, the latest in a troubling rise in anti-Asian hate crimes in New York and around the country.