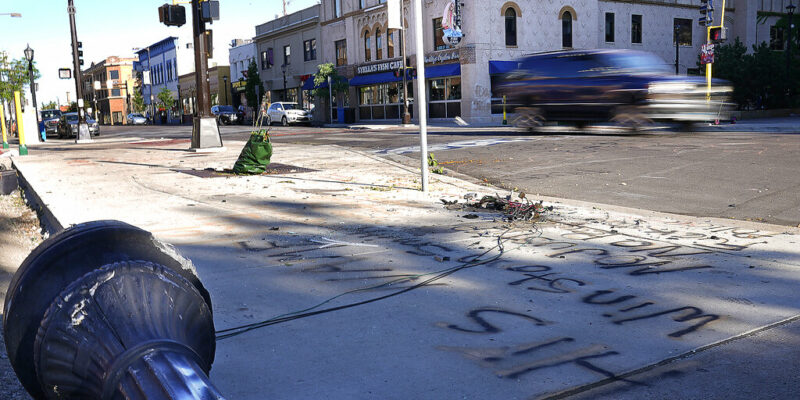 A car drives past the scene Monday, June 14, 2021, where police and witnesses say a woman was killed and multiple others were injured when an SUV struck a parked car and tossed it into demonstrators during a protest late Sunday in Uptown Minneapolis. (David Joles/Star Tribune via AP)

(AP) — Police say a woman was killed and three other people were injured when a vehicle drove into demonstrators in Minneapolis. Witnesses say the demonstrators were hit Sunday night when the SUV struck a parked car, tossing it into the crowd in the Uptown neighborhood.

Police say protesters pulled the suspect his vehicle. He was taken into custody and is being treated for injuries. Police say drugs or alcohol may have been a factor. The Star Tribune reports that a family member identified the woman who died as Deona Knajdek. There have been protests in Uptown since the June 3 fatal shooting of Winston Boogie Smith Jr., a Black man who was killed by members of a federal task force.