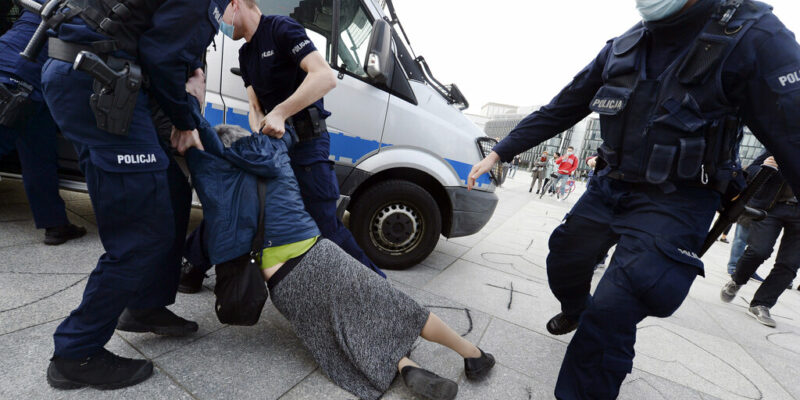 FILE - In this April 11, 2021 file photo, Polish police forcefully remove a protester, Katarzyna Augustynek, during a demonstration in Warsaw. A Polish court has acquitted a senior citizen activist who has become a face of protest against the country’s right-wing government. The District Court in Warsaw ruled Tuesday, April 27 to acquit Katarzyna Augustynek on charges of insulting and violating the bodily integrity of a police officer who had sought to detain her during a protest. . (AP Photo/Czarek Sokolowski, file)

(AP) — A Polish court has acquitted a prominent senior citizen activist of charges she insulted and assaulted a police officer who tried to detain her during an anti-government protest last week.

The activist, Katarzyna Augustynek, has participated in many street demonstrations against the right-wing government, and has had several run-ins with police.

According to a Polish media reports, the judge at the District Court in Warsaw Tuesday said evidence indicated that Augustynek had been protesting peacefully.

Court To Hear Appeal Of Dallas Officer Who Killed Neighbor