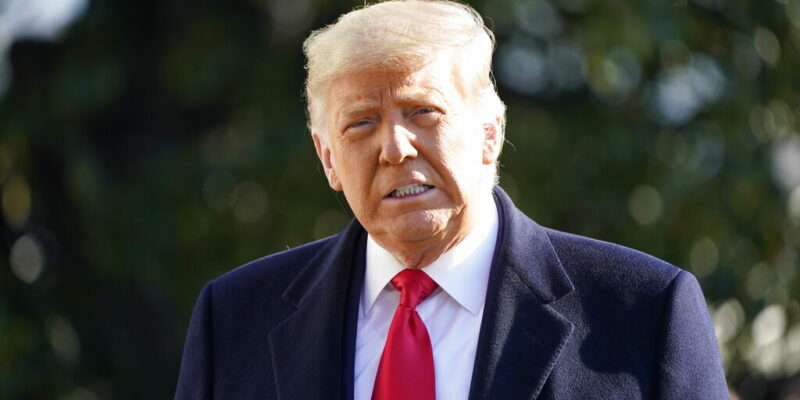 File photo: President Donald Trump speaks to the media before boarding Marine One on the South Lawn of the White House, Tuesday, Jan. 12, 2021 (AP Photo/Gerald Herbert)

A majority of Americans think former President Trump should’ve been convicted by the Senate over the weekend.

The ABC News-Ipsos poll shows 58-percent believe that should’ve been the outcome for his second impeachment trial, but the survey was split mostly along party lines.

Nearly nine in ten Democrats think the former chief executive should’ve been convicted, compared to just 14-percent of Republicans. The Senate acquitted Trump on Saturday. He was accused of inciting the deadly protests on Capitol Hill last month.